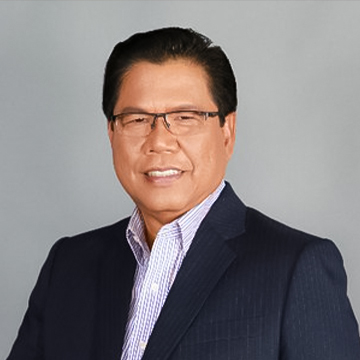 David Sobrepeña is the General Superintendent and Corporate President of the Philippines General Council of the Assemblies of God (PGCAG). It was back in 1988 at the aftermath of the people power revolution where Pastor Dave left a career path in business and finance in Dallas, Texas and took up the mantle that his grandfather and father before him held. The mantle of answering God’s call in leading people to the Lord. A call that would bring him back to his country, the Philippines.

Along with his wife, Lydia, Pastor Dave planted a seed in the old Paramount Theater that would eventually grow into one of the biggest churches in Metro Manila, Word of Hope Christian Family Church. To this day, he still leads Word of Hope as Senior Pastor which is one of the largest churches in the Philippines located in Metro Manila. Under his watch and with the Lord as his guide, Word of Hope grew and currently running more than 7,500 Life Groups (Cell Groups) within Metro Manila and was able to establish and maintains several institutions, namely, Hope General Hospital, Hope Christian Academy, Hope Leadership Institute, Paradise Prayer Garden and a microfinance enterprise called HOPE, Inc.

Pastor Dave is Co-Chairman for Billion Soul Network, a movement that aims to lead 1 Billion people to Christ and to plant 5 million churches around the world. Along with this, he has also served in the past as Chairman of the Board of PCEC (Philippine Council of the Evangelical Churches) and as Member of the Board of APTS, a premier theological seminary in Asia. He also served the Philippine Bible Society as one of its board members.

Pastor Dave is also the National Director for EQUIP Philippines and was the Head Coordinator for EQUIP Asia Pacific from 1999 to 2015. EQUIP was an organization that provides Christian leadership training worldwide and in 2012. In fact, he was inducted into the EQUIP Leadership Hall of Fame for his service. This was an award of the highest of honors which was handed to selected Christian leaders from around the world. His EQUIP team trained over 400,00 Christian leaders in numerous Asian countries including the Philippines.