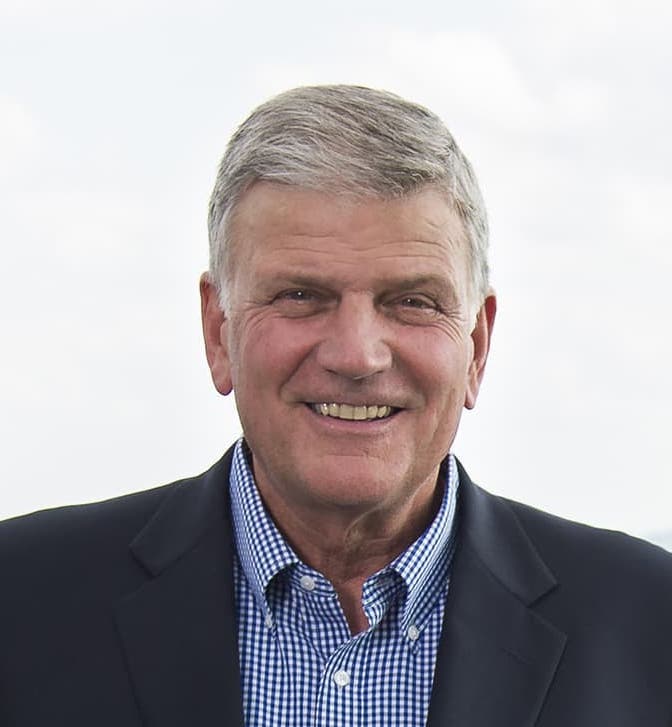 Franklin Graham has devoted his life to meeting the needs of people around the world and proclaiming the Gospel of Jesus Christ. The elder son of Billy and Ruth Bell Graham, he has served as president and CEO of Samaritan’s Purse since 1979 and as president and CEO of the Billy Graham Evangelistic Association since 2001. Under his leadership, Samaritan’s Purse has met the needs of poor, sick, and suffering people in more than 100 countries. As an evangelist for the Billy Graham Evangelistic Association, he has led crusades around the world.