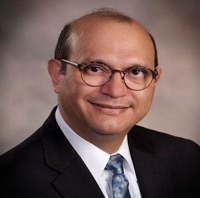 Gustavo A. Crocker is an ordained minister and 41st general superintendent in the Church of the Nazarene. He was elected to the denomination’s highest office on June 26, 2013, at the 28th General Assembly and Conventions in Indianapolis, Indiana. A native of Guatemala, he is the first person from Central America to hold the office and the second general superintendent elected while residing outside of the USA/Canada Region.