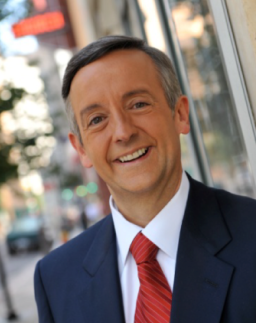 Pastor Robert Jeffress is an American Southern Baptist pastor, author, and radio and television host. He is the Senior Pastor of the 14,000-member First Baptist Church, Dallas, Texas and is a Fox News Contributor.  His sermons are broadcast on the television and radio program Pathway to Victory, which is broadcast on more than 1,200 television stations in the United States and 28 other countries, and is heard on 900 stations and broadcast live in 195 countries.